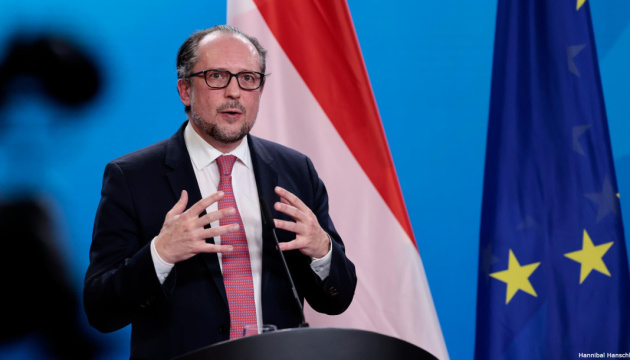 Austria condemned Russia’s threats to use nuclear weapons, as well as its occupation of the Zaporizhia NPP.

As reported by Ukrinform, this was stated by the head of the Ministry of Foreign Affairs of Austria, Alexander Schallenberg, during the opening of the 66th General Conference of the International Atomic Energy Agency (IAEA) in Vienna.

“Nuclear risks have not been this high in decades. Russia’s actions demonstrate an alarming level of irresponsibility and could have catastrophic consequences for us all. Nuclear weapons – this is the sword of Damocles hanging over all humanity,” he said.

Read also: Zelensky at the UN Security Council: Russia has no right to possess nuclear weapons

As noted in the Austrian Ministry of Foreign Affairs, in this way Shallenberg “emphasized the existential threat and the currently increased risk of using these weapons due to Russia’s recent nuclear threats.”

It is also indicated that “in addition to the attempt at nuclear blackmail”, the head of the Austrian Foreign Ministry also condemned the shelling of nuclear reactors and other nuclear facilities, such as the Russian-occupied Zaporizhzhya NPP. Against this background, the Austrian minister expressed his support for the idea of ​​creating a safety zone around the NPP and once again emphasized the importance of the IAEA’s work on the ground.

Read also: Director General of the IAEA on the new shelling of the ZNPP: A safety zone is urgently needed

As reported, full-scale Russian military aggression has been ongoing in Ukraine since February 24. The defense forces of Ukraine are fiercely resisting the Russian invaders. On September 21, after announcing partial mobilization in the Russian Federation, President Putin again threatened Western countries with the use of nuclear weapons.