The Commander-in-Chief of the Armed Forces of Ukraine, General Valery Zaluzhnyi, met with the Chief Rabbi of Ukraine, Moshe Reuven Asman, and stressed that in the conditions of such a neighborhood, Ukraine should become a military state by analogy with Israel.

“Today I had the honor to meet and greet at the General Headquarters of the Chief Rabbi of Ukraine Moshe Reuven Asman. I received a blessing for the Victory and sincere words of support to Ukraine and its Armed Forces in resisting Russian aggression. On the Day of Remembrance of the Babyny Yar tragedy, it is painfully difficult to talk about its repetition in Mariupol, Buchi, Irpin, Izyum and other cities. This war showed who is on the side of good and who is the personification of evil,” Zaluzhny wrote in telegramconveys Censor. NO.

According to Zaluzhnyi, the chief rabbi emphasized that today Russia is a fascist state.

“And his authoritative opinion carries a lot of weight in the modern world. I believe that in the conditions of such a neighborhood, Ukraine should become, by analogy with Israel, a military state. We devoted the conversation to discussing the issues of appointing a Jewish military chaplain and providing for the spiritual needs of servicemen. I am sincerely grateful for the treatment of our wounded soldiers in Israel and provided humanitarian aid,” said the Commander-in-Chief of the Armed Forces. 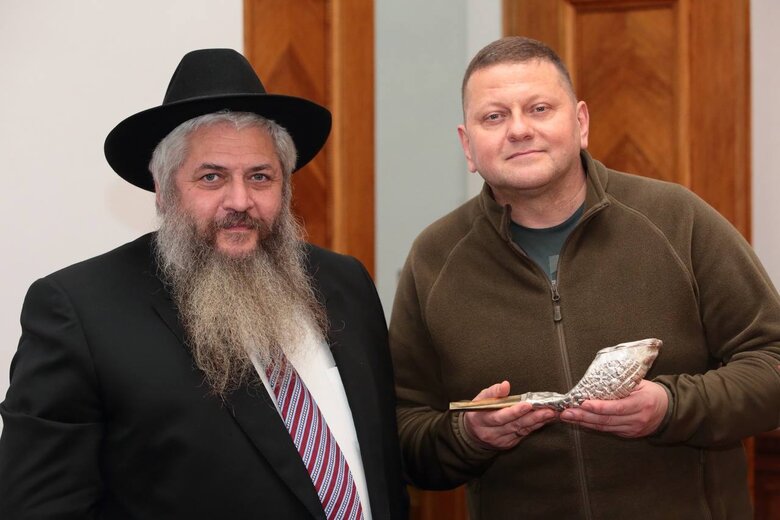