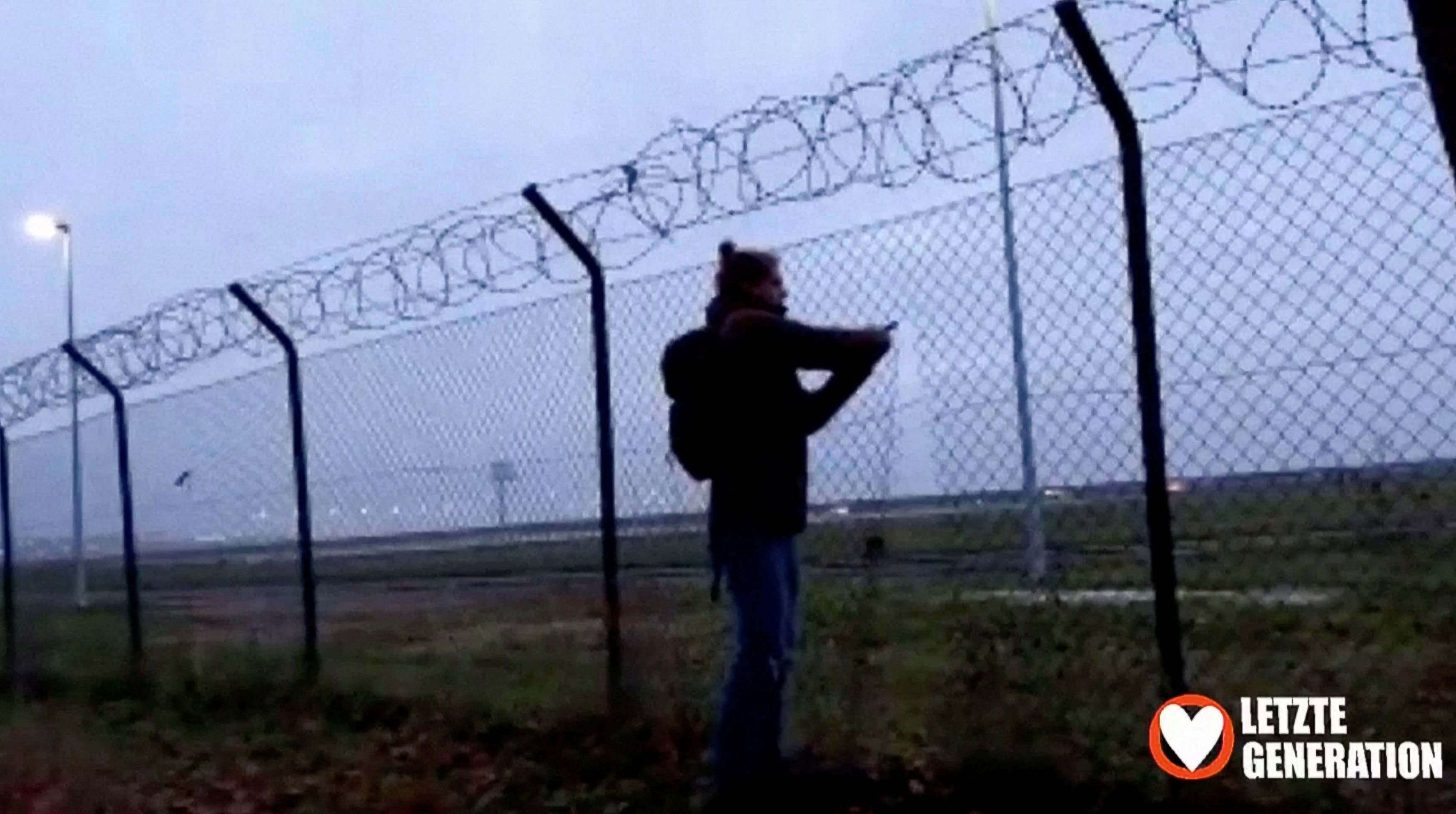 A climate activist cuts a fence at the Berlin Brandenburg Airport during a protest in this still image obtained from a handout video. Photo: via Reuters

The activists livestreamed their protest on Twitter, showing some gluing themselves to the ground and others cycling around the site of the Berlin-Brandeburg airport to the south of the German capital.

The activists appear to have entered the site from both the northern and the southern side during the afternoon.

The footage on Twitter showed them cutting through a fence. They then held up banners and explained their protest.