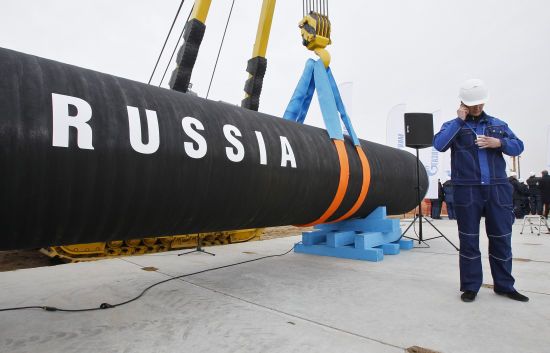 European special services are investigating the possible involvement of Russian vessels in the alleged sabotage that caused large-scale gas leaks in the Baltic Sea.

European security officials have observed Russian Navy support ships near leaks in the Nord Stream pipelines, which are believed to have been caused by underwater explosions.

About this reported on Thursday, September 29, CNN, citing two Western intelligence officials and another source familiar with the matter.

Representatives of the European security service observed auxiliary ships of the Russian Navy earlier this week – on Monday and Tuesday. It’s unclear at this time if they had anything to do with the explosions, but it’s one of many factors that investigators will look into.

According to one Danish military official, Russian ships regularly operate in the area. However, he stressed that the presence of ships does not necessarily indicate that Russia has caused damage.

“We see them every week. In recent years, Russia’s activity in the Baltic Sea has increased. They check our vigilance quite often – both at sea and in the air,” CNN quoted a military official as saying.

At the same time, such observations cast additional suspicions on Russia, which has enough opportunities and motivation to intentionally damage pipelines.

The day before, US representatives refused to comment on intelligence data about the ships.

Earlier, three US officials said that the US does not yet have a complete explanation for what caused three separate and simultaneous leaks in two pipelines on Monday, September 26.

Both Denmark and Sweden are investigating, but the scene has yet to be examined and details about what exactly caused the explosions remain sketchy.

One European official said the Danish government was assessing and it could take up to two weeks for an investigation to properly begin as pressure in the pipes made it difficult to approach the leak, although another source familiar with the matter said the investigation could begin as early as Sunday .

The prime ministers of Denmark and Sweden said publicly on Tuesday that the leaks were likely the result of deliberate actions rather than accidents, and Sweden’s security service said in a statement on Wednesday that it could not be ruled out “that a foreign state is behind it “.

At the same time, high-ranking Western officials have not yet attributed the attack to Russia or any other country.

We will remind you that technical gas is still coming out of the holes in the gas pipelines to the surface of the sea. And in the meantime, the German special service assumes that the highways completely destroyed and it will be impossible to put them into operation.