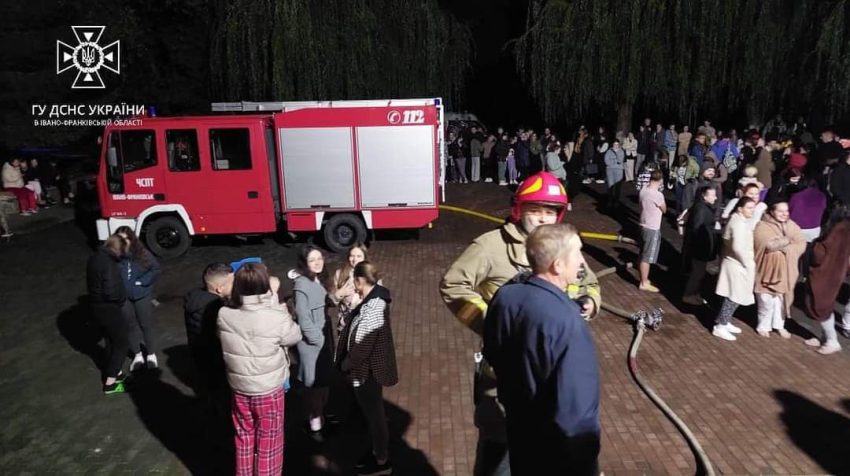 On the night of October 1st, at 03:14, the Rescue Service received a report about a fire in the city of Ivano-Frankivsk on Trolleybusna Street.

A fire broke out in the garbage chute between the eighth and ninth floors of the nine-story building of dormitory No. 1 of the Ivano-Frankivsk National Medical University, writes Daw with reference to the State Emergency Service in the region.
The rescuers, together with the administration of the dormitory, evacuated about 350 students and brought them to fresh air, there were no casualties. At 03:38 the fire was localized, and at 03:50 it was eliminated.
Because of the heavy smoke, the rescuers worked in eye and breathing apparatus. The cause of the fire and damages are being established.

More than 30 rescuers and 9 pieces of equipment were involved in the liquidation of the occupation.