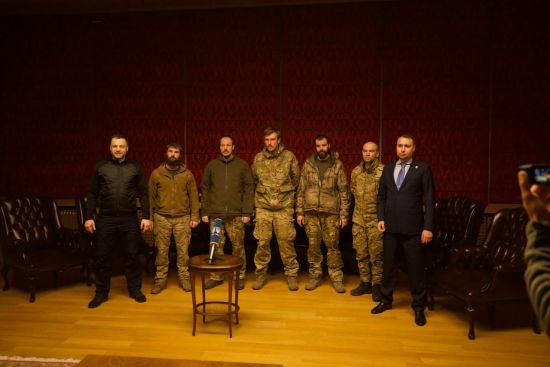 The deputy minister of defense noted that the exchange process is usually classified, and in such a situation it is very difficult to communicate with society and build trust.

Russia categorically did not want to exchange the Azovs, because the Russian myth about the reasons was based on them intrusion to Ukraine.

“The exchange was handled directly by the president, Yermak (head of the President’s Office Andriy Yermak – ed.) and Budanov (head of the GUR of the Ministry of Defense Kyrylo Budanov – ed.). And they managed to increase the number of ours for exchange by four times compared to the figure that was initially discussed “, she wrote.

Malyar added that, in addition, the heads of the Ministry of Internal Affairs and the Security Service of Ukraine participated in the exchange work.

She emphasized that this was a systematic, organized, long-term work of our state.

Malyar noted that the exchange process is usually classified, and in such a situation it is very difficult to communicate with society and build trust.

She also emphasized the importance of public trust in this matter.

“Trust was manifested in patient waiting, without public tantrums and empty accusations, in the belief that the state does not abandon its people and makes all possible efforts for their return home. Behind the dry words “negotiations are ongoing” is titanic work. After all “The Russian Federation categorically did not want to exchange the Azov citizens and was going to arrange a shameful trial for our heroes. You know that the Russian myth about the reasons for the invasion was based on the Azov citizens. However, Ukraine forced the Russian Federation to act in accordance with the norms of international law and hand over our prisoners of war,” said Malyar.

She emphasized that the result is extraordinary for every Ukrainian.

It will be recalled that Ukraine and Russia conducted a large-scale exchange of prisoners. 215 people were released from Russian captivity, including 108 fighters of “Azov” and 10 foreign volunteers. In response, Ukraine released 55 occupiers and the godfather of Vladimir Putin Viktor Medvedchuk.

The defenders were also dismissed Maryana Mamonova, Yana Shumovetska and Anastasia Chernenkawhich was captured while being at Hope.

It was made public a list of all 215 released prisoners.