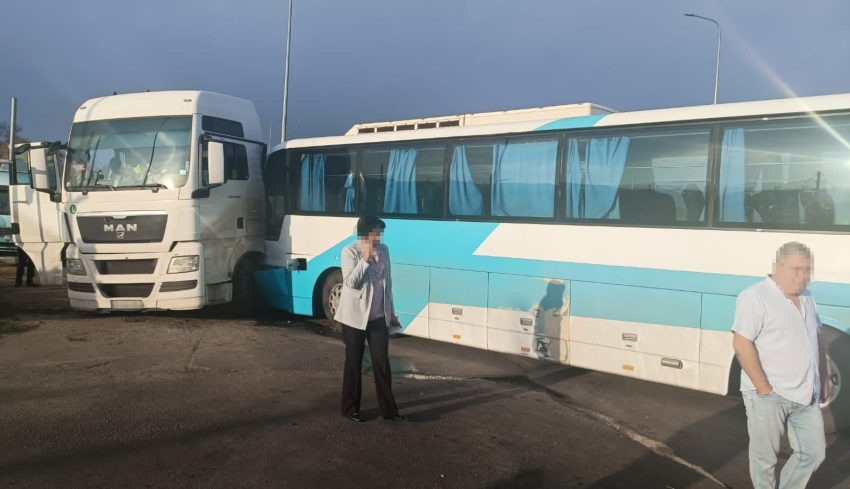 A passenger bus carrying 45 passengers collided with a truck on the Odesa-Yuzhny route. Currently, 17 passengers of the bus sought medical help. This was reported by the press service of the State Government of the NP.

It was preliminarily established that at the intersection, near the reception point for new grain products, the truck driver performed a turning maneuver and caused a collision.

Reshaetsya vopros about entering information into the ERDR in advance according to the first part of article 286 (Violation of road safety rules or the operation of transport by persons operating vehicles) of the Criminal Code of Ukraine.