Odessa Zoo will celebrate its 100th anniversary in September.

For several months, the zoo staff has been putting it in order for the anniversary date.

Every day they are helped in the improvement of the territory by volunteers from Odessa, who do not spare their time, effort and resources to support the menagerie.

Many volunteers come to the zoo with friends and even family. They perform work on painting benches, aviaries, fences, make decorations, help set up aviaries and more. 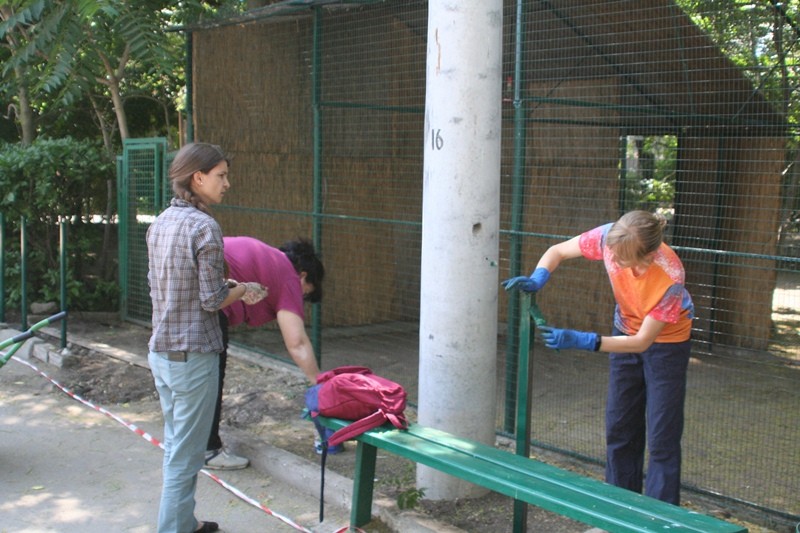