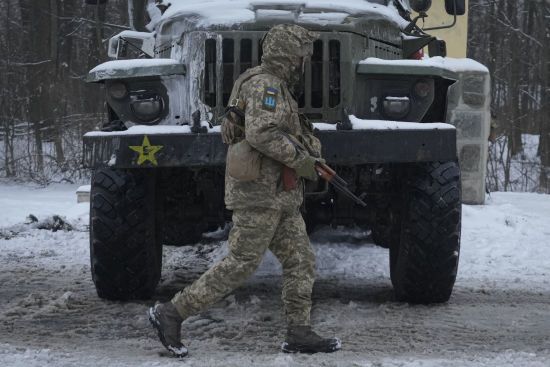 In his opinion, the Armed Forces have an advantage in all directions.

Winter will be a period of active hostilities, and the Armed Forces will be able to conduct an offensive operation.

The former head of the Foreign Intelligence Service of Ukraine, General Mykola Malomuzh, said this on the air of the TV channel FREEDOM.

“Winter will be a period of active hostilities. We have good prospects in the Luhansk and Southern directions with the front line. Therefore, as predicted, there will be no pauses,” said Malomuzh.

The former head of the Foreign Intelligence Service noted that as of today, the weather conditions are not conducive to progress, because the ground has not yet frozen. However, in two weeks there will be a period of frost, the ground will become hard, which will enable the troops to maneuver.

In his opinion, the Armed Forces have an advantage in all directions, especially in terms of high-precision weapons and equipment, so they will be able not only to defend effectively, but also to go on the offensive.

“There are already prerequisites for conducting offensive operations, planned and rear strikes, these are favorable conditions for our Armed Forces. And if we are talking about the enemy, they will not be comfortable even in defense – this is not the Second World War. Today, technology, high-precision weapons, guidance war using non-standard methods, this is a set of tools that allows the Ukrainian army to actively and effectively not only defend itself, but also conduct an offensive operation, all the more to disorient the enemy,” concluded Malomuzh.

How winter and frost will affect the course of the war

Earlier, military historian Roman Ponomarenko said that Russians hope for “General Zima” and are sure that the cold season will be more beneficial to themand not Ukrainian forces.

According to British intelligence, with the onset of winter the number of offensive actions at the front will decrease.

Military expert Yuri Fedorov predicted that who will be the first to dare to attack after the onset of frost – the Armed Forces or the occupiers.

Military expert Roman Svitan believes that It is easier for the Armed Forces to conduct an offensive in winter to Russian positions.

American Lieutenant General Ben Godges was generally amused by the positive forecast that the Ukrainian army can liberate Mariupol and Melitopol until January 2023, and then go to the Crimea. In his opinion, Ukrainian soldiers will be in a much better position during hostilities in winter time.