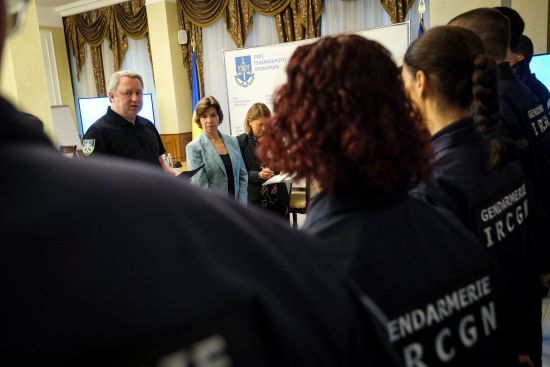 On Tuesday, September 27, investigators of the National Gendarmerie of France arrived in Ukraine and will work in the Izyum district of the Kharkiv region.

During his visit to of Ukraine French Foreign Minister Catherine Colonna presented the investigators to the Prosecutor General of Ukraine Andrii Kostin.

This was reported by the Ministry of Foreign Affairs of France Twitter.

“Investigators of the National Gendarmerie have just arrived in Ukraine. The head of the Foreign Ministry of France, Catherine Colonna, presented them to the Prosecutor General of Ukraine Andriy Kostin. Starting tomorrow, they will work in the Izyum district. France stands by Ukraine in the fight against impunity,” the message reads.

We will remind, on Tuesday, September 27, to Kyiv with an official visit Minister of Foreign Affairs of France Catherine Colonna arrived.

Previously, the head of the Ministry of Foreign Affairs of Ukraine Dmytro Kuleba held negotiations with French colleague Catherine Colonna. The ministers of the two countries discussed the possibilities for new supplies of self-propelled artillery installations “Caesar” for Ukrainian defenders.