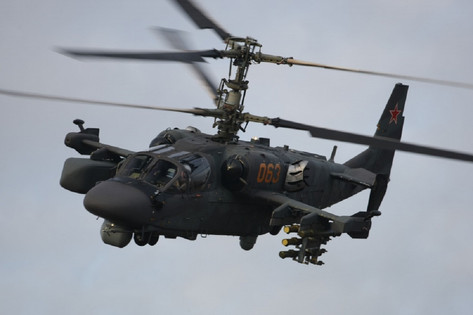 A Russian helicopter shot down a unit of the Dnipro anti-aircraft missile brigade around 14:00 on Sunday, December 4.

“Jewelry work of our PPO. This Russian bird will not harm anyone anymore“, the unit noted.

The Ka-52 “Alligator” is a Russian reconnaissance and attack helicopter of a new generation. The machine is capable of hitting armored and non-armored vehicles, manpower and aerial targets on the battlefield. It can provide target reconnaissance, fire support for landing forces, patrol and escort military convoys.

We will remind, as of the morning of December 4, the General Staff of the Armed Forces reported that the Defense Forces had already destroyed 281 aircraft, 263 helicopters, 1,573 UAVs of the operational-tactical level, 531 cruise missiles and 210 air defense systems of the Russian troops. Details of enemy losses read here.

If you find an error on this page, highlight it and
press
Ctrl+Enter